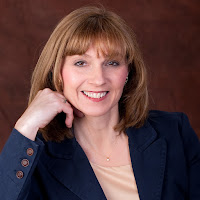 At various times in a writer's life, we come across kindred spirits in surprising places. A kindred spirit is one who has the same view of life as you or with whom you share a common interest. I met such a couple at my church's 4th of July festivities.
Hans and Lily Diehl are parents of a friend at church, and they had recently come back from touring the Waldensian Valleys of France and Italy. They hadn't known of Jamie and Alessandro's dramatic tale as it unfolds in my Waldensian Series before they visited the region, but they expressed the same fascination for the Waldensian story.
But what so captivates our hearts about the Waldensians?
I believe the Waldensian story mesmerizes us by the real-life drama of a people of such tenacious trust in their Savior that they would rather suffer persecution and martyrdom for centuries rather than deny the truths they held so dear. These truths were so entrenched in their hearts and minds that most could not imagine revoking them. They would defend the truth of the gospel to their deaths.
It was the Waldensian's uncompromising faith in real-life that captured Jamie's heart in Light Out of Darkness and encouraged her to stand firm and face a formidable foe in Undaunted Valor. Her fictional story awakens in us a hope that we, too, might remain resolved when put to the test.
At the same time, the Waldensian story terrifies and beckons us to ask the hard questions of ourselves in the same way Alessandro wrestled with trusting God in the hour of his trials. What would I do today, at this moment, if a soldier came to my door asking me to denounce my faith? What would you do? How will either of us be remembered by those who come after us?
In the end, the real-life history of the Waldensians and the fictional drama carried out in Jamie and Alessandro's world reminds me of the challenge to people of faith given by the author in Hebrews. "Therefore, since we are surrounded by so great a cloud of witnesses ..." Will you and I be counted among them?

The Waldensian Series is a contemporary Christian suspense series in which the characters find the courage to face their own fears based on the real-life drama of a Christian sect who stood firm for centuries and gained a place in history as a people of undaunted valor.

For nature lovers, ski aficionados, travel enthusiasts, and history scholars, the French and Italian Alps offer some of the most spectacular scenery and outdoor recreation in Europe with its majestic mountain peaks, cascading waterfalls, unspoiled forests, and quaint villages. People visit to get away from the daily grind and rejuvenate their spirits.
But when Alessandro Marianni's grandmother is kidnapped during a church conference in Chamonix, the same landscape becomes an ominour height to scale, and Jamie Holbrooke and her fiancé Alessandro have difficulty distinguishing between friend and foe on a race to find her. They will have to weather a rainstorm on a mountain trail, negotiate a dangerous waterfall, outmaneuver a car chase, defy an assassin's gun in their search.
Will they find their beloved Luciana before it's too late, and who will die on the way to the finish line? Who can they trust? Where will Jamie find the courage to confront her adversaries? In this sequel to Light Out of Darkness, the answers will lay in unanticipated places and with unexpected allies and require Jamie to discover what means to trust God with Undaunted Valor.