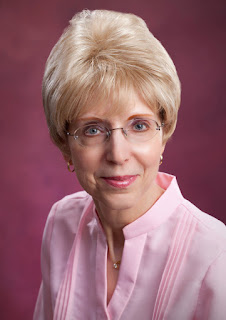 I am extremely happy to introduce you to fellow writer, friend, mentor, and coordinator for the Front Range Christian Fiction Writers, Amanda Cabot. Amanda is the bestselling author of more than thirty novels including the Texas Dreams trilogy, the Westward Winds series, and Christmas Roses. A former director of Information Technology, she has written everything from technical books and articles for IT professionals to mysteries for teenagers and romances for all ages. Amanda is delighted to now be a full-time writer of Christian romances, living happily ever after with her husband in Wyoming.

1. What inspired you to write “The Christmas Star Bride?" Are there sequels planned?
When my agent sent me a call-out for Barbour’s 12 Brides of Christmas, I knew I wanted to be part of this collection.  The reason?  Christmas novellas are fun to write.  But, as much as I wanted to be part of the collection, I also wanted my story to be different from the other proposals the editor was likely to receive.  Most romance heroines, particularly in historical novellas like these, are fairly young.  I wanted to show that love is not limited to the very young, so I created a story with an older hero and heroine, both of whom have been wounded (in Jeremy’s case, literally) in the past.

As for sequels, not only is one planned, it’s already available.  The 12 Brides of Christmas was such a success that Barbour asked for The 12 Brides of Summer.  My story, “The Fourth of July Bride,” was released in e-book format this July.  Like the Christmas stories, these novellas are digital-first releases with the full collection appearing in print a year later.

2. Did you have to do much research on the background of your story?
Oh, yes.  I spent months and months researching Cheyenne in the mid-1880s.  The good news is that I’d already done the work when I wrote Waiting for Spring and With Autumn’s Return, so I could reuse the research for both this story and the summer bride one.

3. Tell us something about yourself that we might not expect?
I once worked as an editor for a technical publication.  It was an eye-opening experience, to say the least.

4. What made you want to be a writer in the first place?
Books – in particular, fiction – have always been a very important part of my life, transporting me to different times and places.  And so the next logical step – at least in my seven-year-old mind – was to become a writer.  I won’t tell you it’s always been easy, but I will say that it’s always been rewarding.

5. What advice would you like to give aspiring writers?
The single most important piece of advice I have for aspiring writers is to never give up. Rejection is a fact of life, but you can’t let it defeat you. 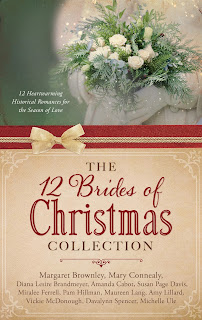 Blurb
The 12 Brides of Christmas Collection
Christmas is the time for love -- and weddings -- and twelve women are on their way to the altar, whether they know it or not. In nineteenth-century settings across the heartland of America, readers will experience heartfelt gifts, old-fashioned Christmas traditions, sweet romance, and inspiring faith from twelve acclaimed Christian authors.
My story, “The Christmas Star Bride”

Because love isn’t limited to the very young.

Esther Hathaway lost her one true love at Gettysburg twenty years ago, but that doesn’t stop her from celebrating her niece’s wedding by commissioning Jeremy Snyder to paint her portrait. Will Esther's prayers for God to ease her loneliness be answered by a wounded vet? 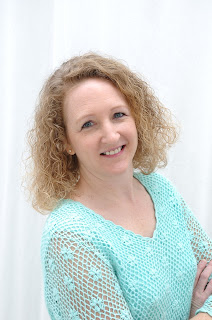 Today's spotlight is on my friend and writing colleague Candee Fick. Candee is the wife of a high school football coach and the mother of three children, including a daughter with a rare genetic syndrome. When not busy with her day job or writing, she can be forund cheering on the home team at football, basketball, baseball, and Special Olympics games. In what little free time remains, she enjoys exploring the great Colorado outdoors, indulging in dark chocolate, and savoring happily-ever-after endings through a good book.


1. What is the genre of Catch of a Lifetime? Why did you       choose this genre?
Catch of a Lifetime is a contemporary inspirational romance. I choose to write romance, because it's what I love to read, and it's a reflection of God's relentless pursuit of a relationship with mankind. That's also why I write for the inspirational or Christian market, because my faith is such an integral part of my life that I can't imagine trying to write a story without that worldview. And I admit that I write about contemporary settings and interactions to avoid the extra research involved to get the historical time period details correct.

2. How is your protagonist the same/different from you?
I grew up playing football at recess with the boys, married a coach, and our oldest son plays receiver and linebacker for his high school's team. And that's very different from Cassie, who hates football, especially football players! Howver, a part of me always wanted to be a flexible, tumbling gymnast (especially when watchin gthe Olympics), so I was able to put that desired skill into Cassie's background. On the other hand, Cassie and I are both smart enought with a love of biology and science to be tutors. In fact, I used to teach high school chemistry before I got married and started a family.

3. What secret about the book will enhance our knowledge about you or the book?

Fun fact: During the editing process, my editor asked me to actually name two background characters instead of just referring to them in general terms. Their names would never show up again in the story, but I saw her point about making the current scene clear. On a whim, I pulled a first name and a last name from two of my son’s teammates to create one character. The other character—Luke Daniels—is a variation on my son’s first and middle name. As I’ve been watching my senior son play his final season of football, it’s been sweet to know that his football identity will live on in fiction even as he puts away the cleats and moves on to basketball.

4. What made you want to be a writer in the first place?
I love stories and haven’t been far from a book since age four when my mother taught me to read. The best books were the ones that lingered in my imagination to the point where I invented new scenes and adventures for the characters, just because I couldn’t bear to say goodbye yet. However, the more I read, the more I came across books that didn’t quite satisfy or seemed flat or dry or (gasp) boring. Whenever I read a book like that, my imagination would kick in to try to fix the story with a better ending or something. Then came the day when I woke up, having dreamed a scene so real I didn’t want it to end. I scribbled down everything I could remember and decided that I would someday write books of my own. My hope is that readers want to linger with my characters.

5. What advice would you like to give aspiring writers?
Read a lot. You absorb what works or doesn’t work in stories by seeing how other writers have built story worlds. Write a lot. Just like other muscles, it gets easier the more you exercise it.  Keep learning. Focus on one skill, dig deep until you understand it, apply it to your own writing, and then find something else to work on. Mostly, be patient. It takes time to develop a strong foundation of skill, professionalism, thick skin, stack of possible manuscripts, network of friends, and social media platform. Then, when the door of opportunity opens, you’ll be ready to walk through it. 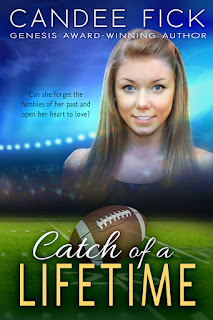 He breathes football. She shudders at the very mention of the sport. After a tragedy involving a football player destroyed her family, athletic trainer and graduate student Cassie moves across the country looking for a fresh start, but a change in financial aid lands her in the middle of her worst nightmare. Meanwhile, rookie coach Reed worries his dream career will slip away as injuries plague his players and his star receiver teeters on the brink of ineligibility. As the two work together to salvage the season, sparks fly, and Reed must eventually choose between the game he cherishes and the woman he loves.